Howard Til' Midnight (Facebook Page)
Posted by Thomas_Brown at 1:51 AM No comments:

The Story of R.I.S.E. according to Thomas / Chapter 1

Providence and the Trail of Carrots:
The Origin of the Zak & Thomas Brotherhood 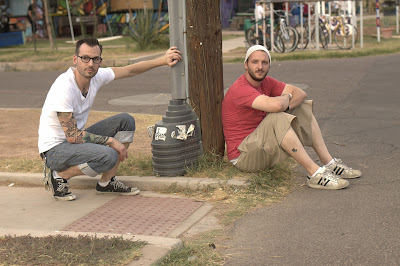 Depending on whom I was talking to and why, the beginning of the tail of our union would be different.  Some people want you to get down to brass tax and cut to the chase, but I fancy myself as somewhat of a storyteller.  What ever that means.  My first thoughts of Zak predate the winter of 2009 when we had an extensive conversation, which was sparked with our mutual love of the underground Hip Hop artist “The Grouch”, who had performed the night before at a local watering hole called Chasers.
My 1st memory of the character of Zachary Chipps (some time in early 2007) was that he was just another obscure individual that existed solely, to my perception, as yet another random satellite floating through the universe inhabited by the City of Scottsdale Parks & Recreation employees.  Based upon my own prejudices, among the many I discover that I have, I was nowhere near impressed from what I saw of him, when our orbits would intersect.  I could tell you all the wonderfully dark and twisted adjectives that I could have used to describe my thoughts on this strange character, but I don’t want to defame what Zak is at his core; nor do I want to confuse you as to who Zak has been at different stages of his life.  It would not only be a disservices to who he is, but truth be told, I didn’t know him.  Anyhow, to be brutally honest, I didn’t like him.
As I said earlier, I didn’t know Zak and my own prejudices clouded my judgment of who he was.  However, my perception of him did slightly upgrade from scumbag to average fellow with tattoos & piercings who at least made an attempt at an interesting conversation.  It was in the summer of 2008 and we discussed why I traveled from one summer camp to another taking pictures.  I knew from that singular conversation that I was thought to be some perverted creeper who just took pictures of kids.  This thought was proven correct after working with Zak at Mt. View Park in 2009.  While I had not carried a positive assumption of his character, the feeling was obvious that neither did he.
I don’t exactly know what it was about the conversation we shared that cold & cloudy day in November of 2009 at Mt. View Park, but I realized my presumptions over the last 2 years where wrong, and I was curious to learn more.  Like many new acquaintances who want a safe haven as a platform to get to know one another the two of us connected on Facebook and exchanged phone numbers beginning random dialogs that accrued in short order and consisted on our issues with our significant others of the time. 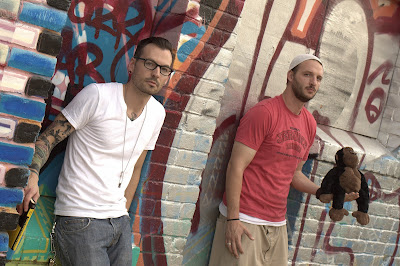 In January 2010, we decided it was time to up the ante in our blossoming bromance and have our first man-date; this took place at the Xtreme Bean in Tempe.  Yes, what better way to engage in conversation at the late hours of the bitter cold than to binge on massive doses of caffeine? That we did, and what occurred in the first 20 minutes was a cosmic giggle of eerie providence, which unbeknownst to us in that time, would be the defining moment in the path that lay before us.  In those opening moments of our conversation, we realized that we were ending our respective relationships, reading books from the same author (Ishmael by Daniel Quinn, one of the major influences for the Philosophy of R.I.S.E.), and we both had brothers who had committed suicide.
For the 1st time just under a decade I had the opportunity to have a conversation with another individual who lost their sibling to suicide.  I cannot begin to express what this meant to me.  It is not something you can explain; rather it is something you have to feel.   Let’s just say, I finally had someone in my life that could understand my predicament with my brother’s suicide, and with as little effort as a passing glance of eye contact.  Just having one person like that introduced into my world was like having the weight of a mountain removed from my chest.  I’d like to say that Zak feels & felt the same way, but you would have to ask him.  Within the revelation of that simple conversation, I was content with the new development in my life.  Little did I fathom the complete ramifications providence had in store for the two of us, and what seemed to be a chance meeting.
Fast forward 5 months later to June 19th, 2010 Zak and I were attending a Phoenix Suicide Girls Party( S.G. is a web pin-up sight),  and I was taking pictures for the event.  Later in the evening, I had expressed to Zak about an itch I had to do a long distance cross-country carless journey, preferably by way of walking.  I had done something similar a few years back.  I was the cameraman for a documentary about a group of progressive Christians that walked from Phoenix, AZ to Washington D.C. (Cross Walk America / The Phoenix Affirmation).  Though I did a lot of support-vehicle driving for the core walkers, I still did a tremendous amount of walking.  I explained to Zak how I have had this itch ever since I returned from my adventure with Cross Walk.  There is something spiritually cleansing that takes place when one slows down from the social pace of responsibility.  Whatever that truly means these days. 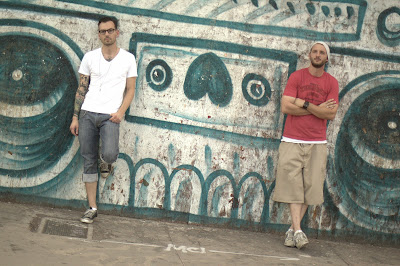 Zak was sold on the idea, but suggested we do it by bicycle instead.  Garnishing experience of Cross Walk from my memory, I had to admit, that we would cover more ground giving us the opportunity to see more places.  Now, what do we do it for?  Do we have a cause or just do it to do it.  To help put those last two sentences into perspective, allow me to explain my feelings on suicide before that moment in space-time.  I never wanted to be a poster child or representative for the Suicide Survivor community.  My brother did what he did and I had a myriad of emotions that were a kin to a roller coaster ride to go along with his action.  When I asked him what we should we ride for, he stared at me with an annoyed glare.  “What do you think?!  We ride for our brothers!”
Up until that moment I had never taken ownership of my experience with suicide.  I didn’t ignore it out of shame, but more out of anger, frustration, and confusion.  Zak’s seemingly truthful acceptance inspired within me a sense of empowerment with who I am and what I have gone through.  The clarity of our meeting crystallized things for me, and so it went at a Suicide Girls event, two suicide survivors sowed the seeds for what has grown to become R.I.S.E. 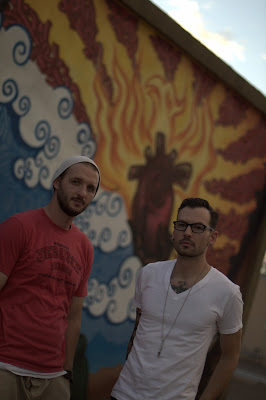 To learn more about the R.I.S.E. bike tour, please visit us at www.risephoenix.org
Compassion, Creativity, Community, & Collaboration will always RISE above competition.
***Photography by Samantha Morgan
Posted by Thomas_Brown at 1:04 PM No comments:

Last week I made my way to Sedona.  I hiked near the top of Bell Rock.  I decided it was the proper place to do a video Journal.  Enjoy.


If you are interested in hosting a Town Hall meeting for us, or have suggestions.  Please email me at:

RISE
Posted by Thomas_Brown at 3:11 PM No comments:

With all the work we have been doing, I completely forgot to post this.  Its just under a month old. Better late than never.