The Adventure Continues...
Posted by Thomas_Brown at 11:47 PM 1 comment:

Show your support for the RISE community while supporting our journey across the country.  Purchase your bicycle link necklace today.

To get your chain, go to:
www.risephoenix.org
www.statebicycle.com
Posted by Thomas_Brown at 10:19 AM No comments:

The Story of R.I.S.E. according to Thomas: Chapter 3 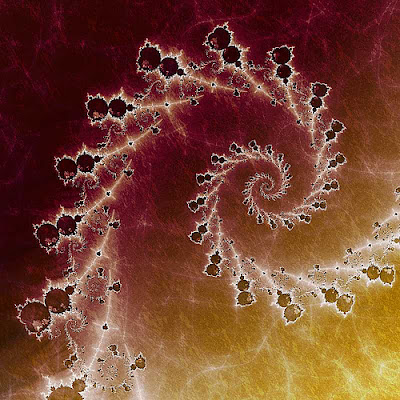 Fractal:  A curve or geometric figure, each part of which has the same statistical character as the whole
What is this concept we call suicide?  We like to think that we have it all figured out.  Taking a certain pride in packaging these ideas in small, very tight boxes.  This doesn’t suffice for me.  There is much more than the words in which we connect to people, places, things, or activities.  There is always an underlying current.   Most of us, for whatever reason don’t feel the need to bother oneself with digging deeper for more details.  This is my attempt to go further into the concept of suicide and why this bike ride is necessary.
Again…what is suicide?  It goes well beyond the act of one taking their life.  Beyond the actual surface there is some sense of truth, which lies much deeper.  Where did it come from? What does it feel like?  What does it look like?  What reveals itself at that moment when one wishes to extinguish the light from their eyes? How does one get to suicide?  I have experienced the aftermath.  I have washed the stains in an attempt to conceal the painful reality.  I have tried to out run the vast reaching shroud, yet I continue everyday to understand.
Zak said it the best when he defined suicide as a symptom, but a symptom to what?  Before you can really begin to peel the layers to the onion, you have to know your onion by name.  To name suicide as a symptom is to realize there are deeper issues at hand.  Obviously…but before we go further toward any nameable root, I am interested in discussing connectivity.  Suicide, in my mind, is connected to every aspect of life.  How is this possible?  To live is to have at your finger tips the infinite possibility of unlimited potential and opportunity.  By ending it, you pretty much end the possibility of the infinite unlimited potential.
It is this obviousness of such connectivity, which is troubling, particularly regarding how suicide is looked upon, both consciously and unconsciously.   Suicide is one of those lucky subjects that is categorized as taboo.  Because of this sad truth, the cultural dialog has been vacant in raising real understanding, with the exception of the organizations that deal directly with the phenomenon.  This lack of a national discussion has only emboldened the stigmatization of the subject, and is the basis for such fundamental breakdown.   It is this breakdown that destabilizes communication, understanding, and compassion.  To ignore the phenomenon of suicide is to delegitimize a very serious and important aspect of the human condition.
That which is above, also exists below.  Suicide is a microcosm.  It is a direct reflection of a world in crisis.  Outside the realm of mental illness, suicide can be considered for most, an impulsive act fueled by depression.  Compounded experiences and perceptions interpreted by society’s expectations, is the backdrop and frame of a path one can find him or her self on. This is a depression that breaks away from self-sovereignty and self-empowerment.  What promotes this break down is lack of internal communication.  With loss of this internal dialog, we lose understanding, trust, and compassion.  Sound familiar?  These attributes serve as primary characteristics to a harmonious functional system.
The break down that can occur on the individual level shares the exact characteristics that can destabilize a community, city, state, nation, and the planet.  As much as we believe that we are separated from other individuals or any other planetary systems, we are not.  The level of sophistication of connectivity is abundant in its examples:  sports, family dynamic, work environment, nature, nations, etc, etc.  To ignore suicide is to ignore a pertinent piece of the human drama.  Only through conversation & community can we protect our environment both on the individual level, as well as the global.
What is suicide?  In my understanding, suicide is the symptom of a systematical break down of a harmonious system.  That system could be a person, a neighborhood, or nation and so on.  To categorize suicide as a taboo is only adding to the problem by isolating both the individual and/or the entire community affected by suicide, which of course stifles greater communication.   Open, honest, and compassionate dialog on this subject is essential to understanding the circumstances that involves suicide and how we can help one another cope.

Posted by Thomas_Brown at 8:21 AM No comments: